This piece features a building that was named after The Titanic. The building is known as Titanic Belfast, or The Titanic Centre and it’s the worlds largest Titanic attraction.

This is the seventh of 8 pieces of artwork for Ten Square Hotel, Belfast, as well as Chimney Corner Hotel, Templepatrick. This piece features a building that is named after the famous Titanic. The building is known as Titanic Belfast, or The Titanic Centre and it’s the worlds largest Titanic attraction. Its primary role is to reflect Belfast’s rich ship building history. It’s also designed to tell the story surrounding the Titanic’s construction and sinking. The ship was famously built in Belfast. It set off on its maiden voyage in April 1912 and sank in the North Atlantic on 14/15 April. It went down after it hit an iceberg and 1503 souls were lost. Just like the Titanic Centre, this piece of artwork is a tribute to the Titanic. The title is simple, straight to the point and requires no explanation.

There are no reviews yet. 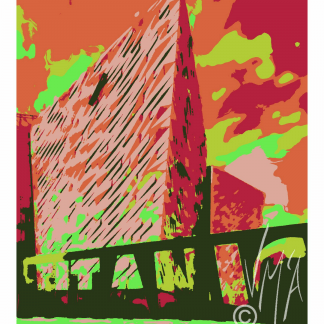